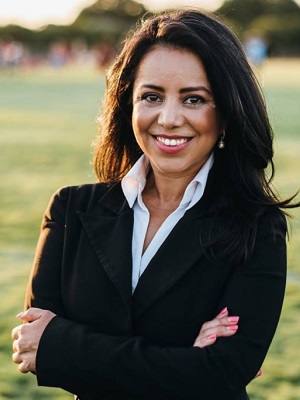 Victoria Neave represents Texas House District 107, which includes parts of East Dallas, Mesquite, and South Garland. During the 2019 Legislative Session, she served on the House Committee on Judiciary and Civil Jurisprudence and the House Committee on Corrections. Victoria is the Democratic Co-Chair for the bi-partisan Dallas Area Legislative Delegation. Victoria is also a member of the Young Texans Legislative Caucus, the Democratic Caucus, the Mexican American Legislative Caucus, the Women's Health Caucus, the Veterans Caucus, and the Manufacturers Caucus. Over her two sessions in the Texas Legislature, Representative Neave has passed the language of 16 bills into law, including the Lavinia Masters Act—comprehensive legislation to address the backlog of thousands of untested rape kits—as well as several bills to address sexual assault in our state, two bills to help increase access to higher education and make college more affordable, and legislation that designated June 12 as Women Veterans Day in Texas. Additionally, Representative Neave, with the help of several organizations, led the historic Dallas Women’s March in January 2017 which drew an estimated 10,000 people.

Victoria grew up in Dallas and comes from a working-class family. Her parents emphasized the importance of education and having compassion for others. The daughter of a father with a sixth grade education who had a small TV and VCR repair shop in Mesquite, Victoria became the first in her family to graduate from college earning her degree in Government and Politics from The University of Texas at Dallas and then graduating magna cum laude in the top 3% of her law school class at Texas Southern University Thurgood Marshall School of Law. Victoria began her legal career as an Attorney in the Complex Commercial Litigation group at Weil, Gotshal & Manges, LLP, one of the top ten law firms in the country. Victoria runs her own law firm, Neave Law PC, where she represents individuals and businesses in civil litigation and employment law.

Victoria has been involved in community service throughout her life and has been recognized for her pro bono work in the legal community. She has led and served on various boards, including serving as Chair of a Chamber of Commerce, served on the Dallas Civil Service Commission, a civil rights advocacy group, organizations serving senior citizens, served as General Counsel to the National Latino Law Enforcement Organization, and as the Board Attorney for the F.L.A.G. Program, which teaches students how to fly, lower, and gather, the American flag. In 2013, Victoria was named Lawyer of the Year by the Dallas Volunteer Attorney Program and was named a Pro Bono Champion by the Texas Bar Journal.