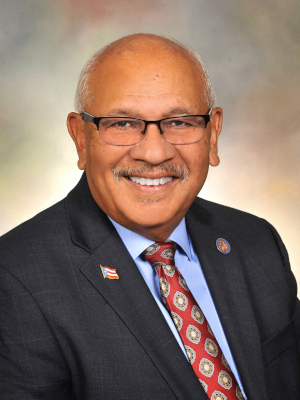 Florida State Senator Victor M. Torres, Jr., proudly served in the United States Marine Corps. He is a retired Detective from the New York City Transit Police Department. After relocating to Florida in 1993, he worked and retired from transportation as a Public School bus driver and subsequently from the Central Florida Regional Transportation Authority (Lynx).

Senator Torres ran for public office and was elected and served in the House of Representatives for District 48 from 2012-2016. He ran for State Senate District 15 in 2016 and reelected subsequently.

Senator Torres is proud to serve as State Senator for District 15, which covers all of Osceola County and parts of Orange County. Senator Torres is a member of the Commerce and Tourism Committee; Appropriations Subcommittee on Criminal and Civil Justice; the Children, Families, and Elder Affairs; Governmental Oversight and Accountability; Military and Veterans Affairs and Space; Joint Select Committee on Collective Bargaining and the Joint Legislative Auditing Committee.

Senator Torres’s legislative priorities are issues that directly impact the health, safety and welfare of the community.