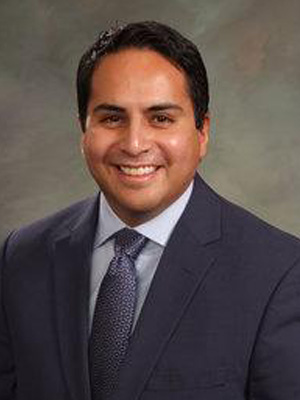 When NHCSL held its second bi-annual Executive Committee meeting in Boston last August, we unanimously approved a resolution calling for the preservation of the Consumer Financial Protection Bureau (CFPB) and the Dodd-Frank Act Wall Street Reform and Consumer Protection Act of 2010. Understanding that the widespread predatory lending incidents that contributed to the financial crash of 2008 unfairly targeted Latinos and other minorities, NHCSL took a bold stance against attempts to weaken many of the CFPB’s pro-consumer rules and enforcement authority.

According to the resolution, “a study of predatory lending practices in African American and Hispanic neighborhoods revealed that subprime loans accounted for 34 percent of the loans issued in neighborhoods where minorities comprised 50 percent or more of the residents.”

As the lead sponsor of the resolution, I never imagined that six months later we would be facing an even larger threat to the mission of the CFPB and the consumers who will be left without protection against discriminatory lending and other illicit abuses by some of the worst actors in the financial industry. The new acting Director of the CFPB, Office of Management and Budget (OMB) Director Mick Mulvaney, has decided to neuter and place the Bureau’s Office of Fair Lending and Equal Opportunity (OFLEO) under the direct control of his office. This decision, in essence, takes away OFLEO’s enforcement capabilities and dilutes the CFPB’s legally required mission to dedicate specific resources to policing discriminatory financial practices in housing and other vital areas of the economy.

Although on the surface this might seem like an inoffensive bureaucratic reorganization, it is unfortunately part of a broader pattern of gutting the CFPB. Mr. Mulvaney has signaled opposing the Bureau’s proposed payday rule that would protect consumers from the usury abuses of the payday lending industry. He has also withdrawn important lawsuits against online tribal payday lenders, among others, and has delayed implementation of the Bureau’s rule on prepaid cards.

How does that fit in with the legally mandated mission of protecting consumers from financial charlatans? It does not and that is why we must defend the CFPB against these and other recent attacks.

The OFLEO decision will sadly bring similar consequences. According to The Intercept, OFLEO successfully took action in the following high-profile cases:

Director Mulvaney has even updated the CFPB’s mission statement to read that it is in the business of protecting all Americans, including credit card users and “issuers,” disregarding the very name of the agency and its statutorily required responsibilities.

NHCSL is committed to protecting Latinos and all-American consumers of essential financial products from discrimination and other harmful practices. Thus far, the CFPB has not only been able to extract heavy fines from bad actors but also send a message to potential cheaters that abuses against consumers were not going to be tolerated.

Now the stakes are too high and the history of abuse is too broad for us to return to the days of the Wild West financial practices that led to the Great Recession. We must all do what we can to call on Congress and the Administration to strengthen ---instead of undermine--- consumer financial protection rules and enforcement. The stability of the American financial system and the well being of millions of American households are at stake.