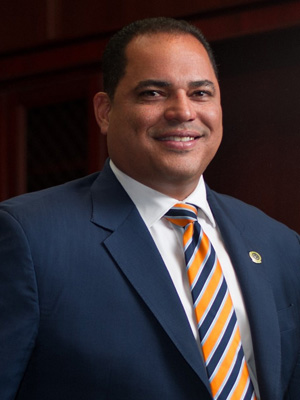 In April 2017, the NHCSL Executive Committee adopted a much-needed resolution sponsored by Sen. Richard Martínez (NM), Encouraging the Continuity of the DACA and DAPA Programs. However, since then, much has changed for DREAMers and the challenges they face.

On September 5th, President Trump announced the end of the Deferred Action for Childhood Arrivals (DACA), a program that has helped nearly 800,000 young people gain a temporary reprieve from deportation and left in the hands of Congress the future of not only the DREAMers but also of American businesses.

Congress has been busy with tax policy and budgetary issues but has not been able to reach consensus on a path forward on the DREAM Act. This common-sense piece of legislation would surely garner more than 60 votes in the Senate and a majority in the House if an up or down vote were taken tomorrow. However, with its inaction, Congress has put in jeopardy our global competitiveness by threatening American companies with the deportation of their human capital and imposing billions of dollars in employer compliance.

The Center for American Progress reported that 91% of DACA beneficiaries were employed; however, during the first nine months of the March 5th deadline, nearly 300,000 DACA recipients would be ripped out of the American workforce, cutting their contributions to Medicare and Social Security by $39.3 billion over a decade.

If the DREAM Act or a similar earned pathway to citizenship for DREAMers were adopted, such as the one proposed by Senators Lindsey Graham and Richard Durbin, as much as $1 trillion could be added to our Gross Domestic Product (GDP) over a decade and raise the average income of all Americans.

DREAMers make the US economy stronger. It is no coincidence that some of the most influential business titans, based in California, which has the largest population of DREAMers (approximately 200,000), have come out and demanded Congress and the President a permanent fix defending the dozens and, in some cases, hundreds of employees who are DACA beneficiaries. Affording them the opportunity to obtain a good education to then legally work in high-skilled jobs expands the American tax base, increases the contributions to the US GDP, Medicare and Social Security. It also increases returns to private investment and allows employers to take advantage of higher labor productivity, driving our economy forward.

Furthermore, these DREAMers have been raised and educated in the United States. After investing so much in these outstanding individuals, putting them on a path to deportation, instead of citizenship, would be costly and irresponsible.

As of this writing, President Trump has finally announced, with specifics, what it would take to reach a deal with him regarding a pathway to citizenship for our DREAMers. It is remarkable that, after years of contrary statements, President Trump is now willing to come to the table on this issue. It underscores that our efforts as a Caucus and those of other Hispanic and immigrant leadership groups have resonated and driven change.

Of course, some of President Trump’s proposals are deeply problematic. The best example is the useless $25 billion white-elephant border wall that will not stop anyone from crossing the border but will cut through and unfairly divide the tribal lands of Native American nations that have already suffered from centuries of discrimination and persecution. Another is the specter of abuses of power and torn families that could result from an increased focus on deportations and a crackdown on visa overstays and other undocumented immigrants.

But we should not close our minds to policies that may not be what we would propose but that could be implemented in a reasonable way. One of those is replacing the immigration lottery with a merit system, which can be equitable if we remain vigilant that merit is defined in a non-discriminatory fashion that equally rewards the diverse cultural avenues of achievement. In the end, we must recognize that immigration hawks are in power and we need to prioritize keeping our DREAMers home. When that changes, we can always take steps to rectify defects.

Congress and the Trump Administration have a unique opportunity to work on a bipartisan basis to do the right thing and pass the Dream Act. Our leaders should do what the overwhelming majority of Americans are demanding: provide DACA recipients and other eligible DREAMers a pathway to earned citizenship and solve this problem once and for all.

Ríos serves as the Majority Leader in the Puerto Rico Senate.