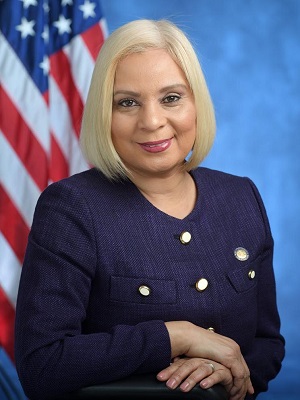 Assemblywoman Maritza Dávila (NY-53) was born in Cataño, Puerto Rico and moved to Bushwick, Brooklyn as a young girl, where she has lived ever since. As a single mother raising three children in Bushwick, Assemblywoman Dávila worked hard to improve her surroundings for her children and for all children who live in the challenging conditions of impoverished neighborhoods.

Assemblywoman Dávila began her career in public service as a community organizer, giving a voice to community residents on issues of education, healthcare, public safety, affordable housing, open space, and economic development within the communities of Bushwick and Williamsburg. Ms. Dávila has served on a number of Boards and Advisory Committees, including that of several community gardens, local New York City Police Department Precincts, and area hospitals.

A strong advocate for community access to quality public education, Maritza Dávila served as President of the Community School Board of Education of District 32. She is committed to improving the quality and accessibility of educational opportunities for all children. While serving as Director of a state-wide program to increase lead-paint awareness, she cultivated a particular concern for the special educational needs of the large population of children in Bushwick and Williamsburg that suffer from autism, learning and developmental disabilities, and other mental and physical challenges.

As a staunch defender of women’s rights, Assemblywoman Dávila has supported numerous organizations and initiatives to empower and protect Brooklyn’s women. She was a founding member of the North Brooklyn Coalition Against Domestic Violence and served on its Board for two years, where she helped to prevent family violence in the community through education and intervention.

In 1996, Ms. Dávila joined the Ridgewood Bushwick Senior Citizens Council, where she has helped found a local credit union; organized dozens of merchant, tenant, and block associations; secured lifeline benefits for struggling residents and provided job training and quality affordable housing for hundreds of families throughout Williamsburg and Bushwick. Ms. Dávila graduated with her AA in Political Science from Long Island University in 2013.

As a lifelong community advocate, she is a strong, vibrant and heartfelt individual who understands through experience the challenges and successes that that her community has faced and will face. Ms. Dávila supports her community as a member and as a leader and believes that nothing is impossible. She will continue her fight in Albany as the Member of the Assembly for the 53rd District.