Disparity in Criminal Sentences and Time Served in Prison for Individuals Convicted in Federal Courts Versus State Courts, and the Impact on Native Americans and People of Color 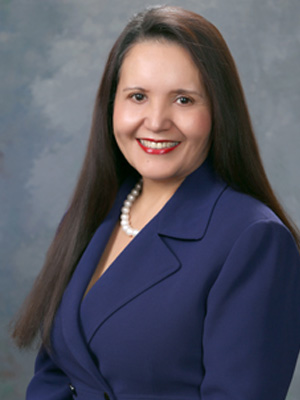 WHEREAS, the National Hispanic Caucus of State Legislators (NHCSL) has always been committed to the fair treatment of all people and also to the notion that criminal sentences should be proportional to the crime committed, in other words, the sentence should fit the crime; and

WHEREAS, for certain crimes, federal law requires mandatory minimum prison terms be served consecutively, called "stacking", not concurrently, with each other and with any other punishment the person receives for the underlying offense, which results in lengthy sentences; and

WHEREAS, in many states, courts have the ability to have sentences run concurrently or consecutively depending on the crime, prior infractions and aggravating or mitigating circumstances; and

WHEREAS, earned meritorious deductions in prison time, also known as "good time", in many cases will reduce a person's jail time more in a state prison than in a federal prison; and

WHEREAS, state judges often impose either a deferred sentence or a conditional discharge, which means the person convicted spends little or even no time in jail, provided the defendant successfully completes all of the terms of probation; and

WHEREAS, although the federal criminal justice system does offer pretrial diversion for certain offenders, it is underutilized and it is unavailable for certain crimes involving controlled substances; and

WHEREAS, criminal jurisdiction, which controls the court in which a case will be heard, for crimes committed on Native American reservation or trust land depends on where the crime occurred, who the perpetrator was and who the victim was; and

WHEREAS, for the most part, if a crime occurs on reservation or trust land and either the perpetrator or the victim is Native American, the case will go to federal court; and

WHEREAS, for crimes on reservation or trust land, if both the perpetrator and the victim are non-Native American, the case will be heard in state court; and

WHEREAS, for those individuals from states in which there are no federal prisons, like New Mexico, the travel to visit a prisoner is an additional hardship for family, friends and the inmate;

THEREFORE, BE IT RESOLVED, that the National Hispanic Caucus of State Legislators (NHCSL) calls upon the Members of Congress of the United States to enact legislation promptly to address the disparity in criminal sentences and time served in prison for individuals convicted in federal courts versus state courts, and the impact on Native Americans and people of color; and

THIS RESOLUTION WAS ADOPTED ON AUGUST 11, 2016, AT THE NHCSL EXECUTIVE COMMITTEE & BUSINESS BOARD OF ADVISORS MEETING HELD IN CHICAGO, IL.