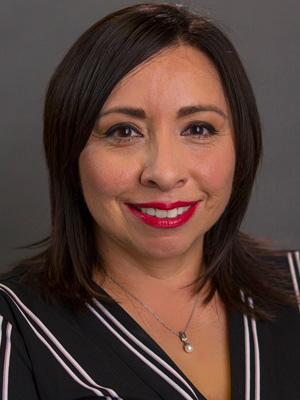 WHEREAS, the Deferred Action for Childhood Arrivals (DACA) Program suspends the potential deportation of undocumented immigrant children for two years, subject to renewal into adulthood, allowing them to work legally in the United States; and,

WHEREAS, DACA was created as an act of prosecutorial discretion on June 15, 2012 by the Secretary of Homeland Security but the Trump Administration has yet to address the long-term fate of the program, leading many children and young adults in the program to worry about their status; and,

WHEREAS, as reported by U.S. Citizenship and Immigration Services (USCIS), by 2016, the DACA program accepted over 1,400,000 requests from new applicants and renewals—approximately 1,500 per day; and,

WHEREAS, in April 2017 by the NHCSL Executive Committee adopted a Resolution, sponsored by Sen. Richard Martinez (NM), Encouraging the Continuity of the DACA and DAPA Programs. but the NHCSL believes that it needs to underscore the importance of the DACA program to educational achievement, not only of DACA recipients but also of all those who go to school with them, and to educational community stability in general; and,

WHEREAS, DACA eligible children were brought-in a time of their lives where they were too young to understand the concept of borders or immigration. They were raised with the same American values and motivation to pursue the American Dream as all Americans. And, therefore, it would be inhumane to deport them to a country they barely remember and have not set foot in since they were toddlers or youngsters; and,

WHEREAS, the removal of a child from school by the authorities with the intention of deporting said child is a traumatic event for the child and for all the children that associate with the child and the school community in general, that disrupts classes, distracts from school subjects, and can cause permanent psychological trauma and learning deficiencies in all school children impacted by the government’s action; and,

WHEREAS, according a report by the Center for American Progress, 65% of DACA recipients attend school; 92% are “[pursuing] educational opportunities [they] previously could not”; and, of those recipients pursuing postsecondary degrees, 83% are pursuing an associate’s or bachelor’s degree, and 17% are pursuing an advanced degree; and,

WHEREAS, because of DACA, approximately 65,000 undocumented immigrants graduate from high school each year, and 10,000 graduate from college; and,

WHEREAS, 70% of the DACA recipients attending school participate in the workforce at the same time, financially supporting themselves and their education without any federal financial aid; and,

WHEREAS, the higher education received by DACA recipients will result in increased earnings and higher employment rates, which, joined with the higher rates of tax compliance reported of DACA recipients since DACA entered into force, results in a substantial influx of money to the state, local, and federal governments and in greater general compliance with the law in their communities; and,

WHEREAS, on July 20, 2017, Senators Lindsey Graham (R-SC) and Richard Durbin (D-IL), introduced the Dream Act of 2017, a bipartisan bill to provide immigrant students a path to citizenship if they:
• Are longtime residents who came to the U.S. as children;
• Graduate from high school or obtain a GED;
• Pursue higher education, work lawfully for at least three years, or serve in the military;
• Pass security and law enforcement background checks and pay a reasonable application fee;
• Demonstrate proficiency in the English language and a knowledge of United States history; and
• Have not committed a felony or other serious crimes and do not pose a threat to our country.

THEREFORE, BE IT RESOLVED, that the National Hispanic Caucus of State Legislators recognizes the importance of the Deferred Action for Childhood Arrivals Program, its benefits towards all Americans, particularly in the areas of education and child development; and,

BE IT FURTHER RESOLVED, that the National Hispanic Caucus of State Legislators calls again upon President Donald J. Trump and Members of Congress, to continue the successful Deferred Action for Childhood Arrivals Program and enact legislation, such as the Dream Act of 2017, to strengthen it and provide certainty to hundreds of thousands of Americans; and,

BE IT FURTHER RESOLVED, that the National Hispanic Caucus of State Legislators calls upon state legislators to provide in-state tuition and financial aid, including institutional aid, to DACA recipients; and,

THIS RESOLUTION WAS ADOPTED ON AUGUST 9, 2017, AT THE NHCSL EXECUTIVE COMMITTEE MEETING HELD IN BOSTON, MA.