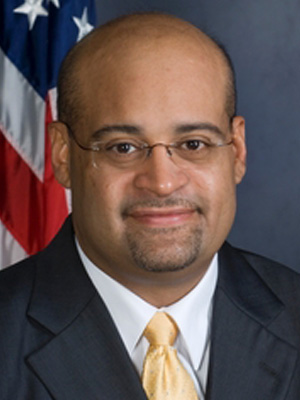 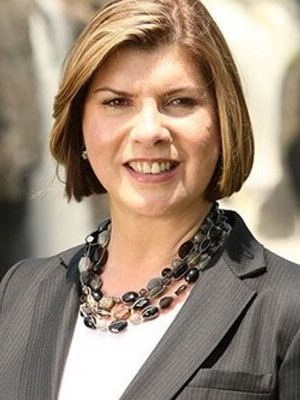 WHEREAS, Congress enacted the Merchant Marine Act of 1920, also known as the Jones Act or the Cabotage Law, to support military readiness and to support the shipbuilding and seafaring industries; and,

WHEREAS, the Merchant Marine Act of 1920 is a federal statute that established that goods and passengers carried between US ports had to be shipped in a primarily American-made and US flagged vessel operated by an American crew; and,

WHEREAS, the rationale behind the Act was that, after World War I, Congress feared that German U-boats would attack again and felt the need to have many readily available sailors in case of an incursion; and,

WHEREAS, Congress does not consider German U-boats in the Atlantic Ocean a threat anymore making the original purpose of the Jones Act not relevant to today’s geopolitical circumstances; and,

WHEREAS, there is no military need for the Jones Act since there have been other pieces of legislation that update the military aspect of the Jones Act, for example, the 2004 National Defense Authorization Act, which requires cooperation between the Secretary of Defense and the Secretary of Transportation to establish a fleet of 60 active ships that would be commercially viable, militarily ready and privately owned; and,

WHEREAS, the Jones Act resulted in higher prices for residents of Alaska, Hawaii, and Puerto Rico because Jones Act-compliant vessels are considerably more expensive than other shipping companies; and,

WHEREAS, the 2014 Update on The Competitiveness of Puerto Rico’s Economy by the Federal Reserve Bank of New York found that, “much of [the] high cost [of shipping goods between the U.S. mainland and Puerto Rico] is attributable to the Jones Act;”[1] and,

WHEREAS, a 2013 General Accountability Office (GAO) Report revealed that “an ongoing investigation by the Department of Justice’s Antitrust Division has led to, among other things, guilty pleas in 2011 and 2012 by three of the four Jones Act carriers that serve Puerto Rico. In general, the three carriers each separately pled guilty to conspiracy to suppress and eliminate competition by agreeing to fix rates and surcharges for certain water freight transportation services between the continental United States and Puerto Rico. In addition, to date, the three shipping companies have been sentenced to pay about $46 million in criminal fines and six executives have been sentenced to serve prison time totaling more than 11 years;”[2] and,

WHEREAS, the above also serves to underscore that the Jones Act creates a legal oligopoly; and,

WHEREAS, pricing in Jones Act vessels is mainly negotiated between the shipper and the shipping company, and therefore is not based on published rates, which makes it not only opaque and hard to study, but also promotes a culture of silence and forced complicity among the very victims of the ship owners for fear of retaliation via higher prices with no alternative to turn to; and,

WHEREAS, specifically, according to a report published by the U.S. International Trade Commission, the Jones Act is estimated to cause between $5 and $15 billion in annual combined economic damage to the residents of Alaska, Hawaii and Puerto Rico;[3] and,

WHEREAS, on July 13, 2017, United States Senator John McCain introduced S 1561, The Open America’s Waters Act of 2017, a bill to repeal the Jones Act restrictions on coastwise trade; and,

WHEREAS, in advocating for passage of this Act, Senator McCain stated that “the Jones Act, [is] an archaic and burdensome law that hinders free trade, stifles the economy, and ultimately harms consumers.” He added that The Open America’s Waters Act “would eliminate this regulation, freeing American shippers from the requirement that they act against their own business interests. By allowing U.S. shippers to purchase affordable foreign-made carriers, this legislation would reduce shipping costs, make American farmers and businesses more competitive in the global marketplace, and bring down the cost of goods and services for American consumers.”[4]

THEREFORE, BE IT RESOLVED, that the National Hispanic Caucus of State Legislators declares the Jones Act to be detrimental to the development and economic well-being of the United States, particularly of Alaska, Hawaii and Puerto Rico; and,

BE IT FURTHER RESOLVED, that the National Hispanic Caucus of State Legislators calls upon the United States Congress and the President of the United States to repeal the coastwise restrictions imposed by the Merchant Marine Act of 1920; and,

BE IT FURTHER RESOLVED, that the National Hispanic Caucus of State Legislators specifically supports the enactment of S. 1561, The Open America’s Waters Act of 2017, and calls upon all Senators and Members of Congress to cosponsor and approve it and any other bill with the same purpose; and,

BE IT FURTHER RESOLVED, that a copy of this Resolution be sent to the President, all Members of Congress and all other interested parties.

[1] An Update on The Competitiveness of Puerto Rico’s Economy, p. 7 (NY FED, July 31, 2014). Available at: https://www.newyorkfed.org/medialibrary/media/outreach-and-education/puerto-rico/2014/Puerto-Rico-Report-2014.pdf