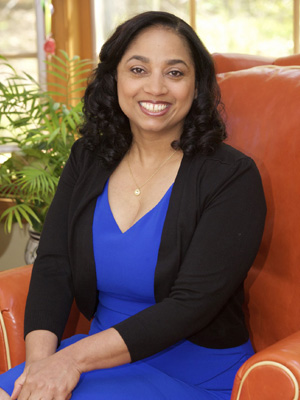 Ratified by the Caucus on December 8, 2018 in San Diego, California

I. The United States faces a gun-violence crisis

WHEREAS, for the past several years, the United States has faced a crisis of ever-increasing school shootings and other terrorist mass-shootings; and,

WHEREAS, exposure to violence of all types, including gun violence, has devastating psychological consequences and long-term negative physical health consequences; and,

WHEREAS, of those over 15,000 incidents, sixty-three (63) were mass shootings in which four or more victims (not including the shooter) were shot or killed;[2] and,

WHEREAS, 3.7% (577) of the over 15,000 incidents were instances of home invasion with firearms with the intent to terrorize, steal or harm the occupants of the home;[4] and,

WHEREAS, the number of gun violence incidents in the United States has continually grown:

WHEREAS, during the same period, gun incidents have also become increasingly deadlier, with the number of victims injured or killed by gun violence in the United States considerably outpacing the growth rate of incidents in general:

WHEREAS, alarmingly, the number of children or teens (ages 0-17) injured or killed by gun violence in the United States has increased at an even faster rate than the rate of gun-violence injuries or deaths in the population as a whole:

WHEREAS, the two deadliest elementary or secondary school shootings in the history of the United States both occurred in this decade: Sandy Hook Elementary School in Connecticut with 27 dead in 2012 and Parkland High School in Florida with 17 dead this year;[13] and,

II. Hispanics and other minorities are particularly victimized by gun-violence

WHEREAS, in 2016 one of the largest mass shootings in American history was perpetrated at the Pulse Nightclub in Orlando, leaving 49 victims dead, out of which 90% “were Hispanic, mostly of Puerto Rican background;”[15] and,

WHEREAS, the Violence Policy Center published a research study in February 2018, which concluded that nearly 54,000 Hispanics were killed by gun violence in the United States from 1999 to 2015;[16] and,

WHEREAS, since the entry into effect of the Brady Law in 1994, background checks have stopped more than 3 million gun sales to prohibited purchasers;[19] and,

WHEREAS, despite the above, millions of guns are sold every year in no-background-check transactions, with 22% of gun sales in America, including those at many gun-shows, occurring without a background check according to a Harvard University study;[20] and,

WHEREAS, gun-shows are not sporadic events, they are in fact held monthly in many cities and are a convenient place for those without a storefront to regularly sell firearms;[21] and,

WHEREAS, the Gun Control Act of 1968 requires firearm dealers to have a Federal Firearms License, to do background checks and keep records of their sales, but only dealers, not all sellers, are covered;[22] and,

WHEREAS, unlicensed sellers are not required to keep records of their sales nor required to perform background checks on potential buyers, even those prohibited to purchase guns by the Gun Control Act;[23] and,

WHEREAS, the “gun show loophole,” also known as the “background check loophole” or “private sale loophole,” refers to that loophole in Federal law that allows all non-dealers to sell or give weapons without conducting background checks, with the added problem that it is not clear how many firearms one has to sell before one is required to obtain a license;[24] and,

WHEREAS, in District of Columbia v. Heller, 128 S. Ct 2783 (2008), the Supreme Court held that the right to bear arms is an individual right guaranteed by the Second Amendment of the United States Constitution, but acknowledged that it is not absolute and is not a right to keep and carry any weapon whatsoever in any manner whatsoever and for whatever purpose; and,

WHEREAS, while families cannot be guarantors of the capacity of their members to possess guns as was tragically highlighted in the resent Waffle House shooting in Nashville, Tennessee where the killer’s previously confiscated guns had been released under Illinois law to his father who gave them back to him, many responsible families provide early warning indicators to the authorities that should be heeded; and,[26]

WHEREAS, for example, the FBI had been made aware by the family of the troubling behavior of the Parkland High School shooter, but he was still able to legally purchase the firearms he used in the deadly school shooting.

THEREFORE, BE IT RESOLVED, that the National Hispanic Caucus of State Legislators declares that the United States is facing a deadly gun emergency which requires extraordinary efforts to resolve; and,

BE IT FURTHER RESOLVED, that the National Hispanic Caucus of State Legislators adopts this Resolution as a list of recommended policies that the several states and territories can adopt as a group or individually, befitting their circumstances; and,

BE IT FURTHER RESOLVED, that the National Hispanic Caucus of State Legislators urges its members and the several states and territories to file and enact legislation to raise (or keep) the age to buy or acquire firearms to 21 years of age, with the proviso that weapons used in Olympic sports could be purchased or acquired at 18 (non-Olympic sports shall not qualify because the loophole could swallow the rule). Those that inherit a weapon prior to the relevant age shall either sell it legally or place it in a licensed armory or law-enforcement office for safe keeping, to be returned when they reach the required age and obtain all other checks required for purchase or transfer. States and territories could consider certain exceptions when it comes to licensed and safety-trained certified hunters under the age of 18 acquiring weapons used in that sport; and,

BE IT FURTHER RESOLVED, that the National Hispanic Caucus of State Legislators urges its members and the several states and territories to file and enact legislation to ban the sale or possession of bump stocks and all other firing speed-enhancing accessories or modifications; high-capacity magazines; assault weapons and other automatic and semi-automatic weapons, including the AR-15; and,

BE IT FURTHER RESOLVED, that the National Hispanic Caucus of State Legislators urges its members and the several states and territories to file and enact legislation to end the so-called “gun show loophole” by applying to sales at gun shows the comprehensive background checks and waiting periods that should apply to all sales or transfers; and,

BE IT FURTHER RESOLVED, that the National Hispanic Caucus of State Legislators urges its members and the several states and territories to file and enact legislation to require background checks in cases of private sales or private transfers of weapons, including exchanges and free transfers, making the seller or transferor personally liable for any violent gun-related acts (with that weapon) committed by the buyer or transferee at any time if such checks were not required and examined by the seller or transferor; and,

BE IT FURTHER RESOLVED, that the National Hispanic Caucus of State Legislators urges its members and the several states and territories to enact Extreme Risk Laws or Gun Violence Restraining (Protector) Orders that allow family members or law enforcement to seek a court order to temporarily restrict people's access to firearms when they show signs of extreme risk that they are a danger to themselves or others; and,

BE IT FURTHER RESOLVED, that the National Hispanic Caucus of State Legislators urges its members and the several states and territories to make sure that any legislation requiring the confiscation of guns from a person does not allow those weapons to be returned to family members because it places them under great pressure to return those weapons even under undesirable circumstances; and,

BE IT FURTHER RESOLVED, that the National Hispanic Caucus of State Legislators urges its members and the several states and territories to reject the armed-teacher proposals intended to prevent school shootings because an arms race inside our schools will only cause more harm and because marksmanship is not and should not be a requirement or desirable characteristic for a teaching position; and,

BE IT FINALLY RESOLVED, that the National Hispanic Caucus of State Legislators urges Congress and the President to enact similar legislation to that outlined above as appropriate for the Federal sphere and to cooperate with states and territories that enact the legislation outlined above.

[1] http://www.gunviolencearchive.org/ (checked April 11, 2018, the 101st day of the year). The Gun Violence Archive is a Kentucky-based nonprofit with a dedicated, professional staff which sweeps law enforcement and media resources daily and logs incidents)

[21] For example, a gun show is held monthly at the San Antonio Event Center in the city of San Antonio, TX. See https://www.washingtonpost.com/news/national/wp/2018/04/08/feature/the-allure-of-the-ar-15-i-know-i-dont-need-it-says-one-recent-buyer-but-thats-not-the-point/?noredirect=on&utm_term=.21ecb7d9f0f4