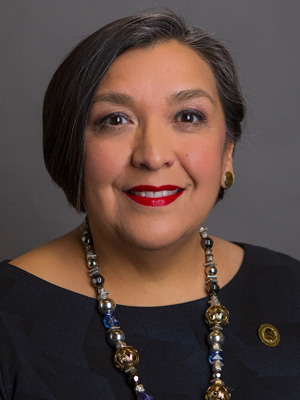 WHEREAS, voting is the most fundamental right and most important duty of American citizens; and,

WHEREAS, on February 24, 2018, the National Hispanic Caucus of State Legislators approved a Resolution (No. 2017-14) calling upon legislators to enact opt-out automatic voter registration laws to prevent disenfranchisement of minority voters and to boost turnout; and,

WHEREAS, since that Resolution was ratified, troubling voter-roll purging and other disenfranchising practices have come to light that require us to call for and define the minimum process due a voter who the government intends to delete from its voter rolls or whose vote it intends to reject; and,

WHEREAS, studies have shown that, other than registration problems, a very common reason for not voting is an inability to make it to the polls in person; and,

WHEREAS, according to the United States Census Bureau, about 28 percent of registered voters who failed to vote in 2004 said they were too busy to do so; and,

WHEREAS, a Pew Research poll from 2014 found that 67 percent of registered voters who failed to vote cited lack of time as their reason for not voting and 35 percent of those specifically cited work and school conflicts as impediments; and,

WHEREAS, in the 2014 midterm elections, fewer than 40 percent of those eligible to vote actually cast ballots ; and,

WHEREAS, in Puerto Rico, where election day is a holiday, 82 percent of registered voters voted in the 2000 elections, 23 percent higher than the national rate; and,

WHEREAS, in countries with election day holidays like New Zealand and Belgium, voter turnout is higher than in the U.S.; and,

WHEREAS, specifically, multiple studies show that same-day voter registration increases voter turnout between 3 and 7 percent, with an average of a 5 percent increase; and,

WHEREAS, 37 states have voting laws that allow citizens to cast in-person ballots before election day without needing an excuse (early in-person voting); and,

WHEREAS, in states that have early in-person voting, election officials have reported shorter lines on election day; and,

WHEREAS, vote by mail has also been an increasingly popular option to shorten lines and boost turnout; and,

WHEREAS, the 2012 elections saw voters in several states choosing to vote by mail in percentages surpassing the national average, reaching 71.4 percent in Colorado, 65.9 percent in Arizona, 57.5 percent in Montana, and 48.8 percent in Georgia; and,

WHEREAS, in Oregon and Washington, where mail-in balloting is mandatory, turnout has increased by 2 to 4 percentage points in the presidential, midterm, and odd-year elections; and,

WHEREAS, in a poll by NALEO and Telemundo, Latinos cited long lines as the main issue they faced when trying to vote, leading to many not voting altogether due to lack of time; and,

WHEREAS, the Unites States lags most developed countries on its voter turnout; and,

WHEREAS, historically, the most unlikely to vote are demographically distinct from likely voters in that they are Latinos, African American or other ethnic or racial minorities and/or they are less affluent than likely voters, and this is due to policies that make it “as inconvenient as possible for them” when their other responsibilities and characteristics are considered.

THEREFORE, BE IT RESOLVED, that the National Hispanic Caucus of State Legislators accepts the research showing low income and minority populations are disproportionately affected by in-person Tuesday (working day) voting requirements which force them to decide whether to work or vote; and,

BE IT FURTHER RESOLVED, that the National Hispanic Caucus of State Legislators recognizes the importance of comprehensive electoral reform; and,

BE IT FURTHER RESOLVED, that the National Hispanic Caucus of State Legislators accepts research showing that an election day holiday and early in-person voting are beneficial for those that must decide between work or voting; and,

BE IT FURTHER RESOLVED, that the National Hispanic Caucus of State Legislators additionally finds that mail-in voting—when conducted with full transparency and accuracy—to be just as beneficial towards increasing voting opportunities and turnout as the options above, particularly when combined with them; and,

BE IT FURTHER RESOLVED, that in order to achieve a fair mail-in voting process, the National Hispanic Caucus of State Legislators calls on the United States Postal Service, and on Secretaries of State and county election officials to work with the Postal Service, to:

a. Postmark all ballot-containing mail immediately, or at least on the same day it is deposited at a Post Office or before the published pick-up time at a mailbox, particularly when it is deposited on election day or on the last day for mailing, and,

b. Ensure universal enforcement of its policy of delivering all ballot-containing mail, regardless of the amount of postage on the envelope, billing the appropriate county or other state or local entity for any unpaid postage; and,

c. Postmark all ballot-containing mail even if it is mailed using a “business reply mail” or similar paid-by-addressee envelope or system; and,

BE IT FURTHER RESOLVED, that also in order to achieve a fair mail-in voting process, the National Hispanic Caucus of State Legislators calls upon state legislatures, county and other election officials, and Congress to ensure that no mail-in or absentee ballots are rejected over signatures that don't match or for missing easy-to-find data like birth dates, unless the official rejecting the ballot has independent extrinsic evidence that the voter did not send the ballot and that, in any case, no mail-in or absentee ballots should be rejected unless the voter is given ample direct notice and opportunity to correct any mistakes or otherwise authenticate the ballot in time for it to be counted, including an electronic system that allows the voter to do so without having to appear in person; and,

BE IT FURTHER RESOLVED, that the National Hispanic Caucus of State Legislators therefore calls upon all states and territories, as well as Congress, to enact legislation to remove barriers to voting by declaring all regular state and national election days to be mandatory holidays, to allow early in-person voting for at least the two weeks prior to a regular election without an excuse, and to allow a vote by mail system that gives voters the opportunity to track their ballots and respond to any issues that may prevent their ballots from being counted; and,

BE IT FURTHER RESOLVED, that in order to protect legitimate voters from undue disenfranchisement, deletion or purging from the voter rolls, the National Hispanic Caucus of State Legislators calls upon state legislatures to enact legislation so that they are afforded a minimum due process with robust safeguards such as, but not exclusively limited to, the following:

b. All cases, appeals or pending decisions regarding a voter’s registration that have not been finally decided on or before the 90th day before an election, shall be adjudged, without prejudice, in favor of the voter and dismissed; and,

c. When a voter-roll administration official intends to delete a person from the rolls, the official shall, at a minimum:

1. At all points in the process provide easy verbal and/or electronic means, as the voter may chose, to stay registered; and,

2. Repeatedly attempt in good faith to contact the voter using all the contact means in the voting records; and,

3. If the official cannot reach the voter, the official shall, while maintaining appropriate confidentiality safeguards at all times, notify all state and local tax authorities (which shall cooperate with said official by performing a search or by allowing electronic access to the limited set of information required) with all information it has regarding the voter and, if the voter has been a taxpayer within the state at any point in the preceding two years, then the voter shall not be deleted, unless the official has extrinsic evidence of the death of the voter or of the voter’s registration in another location, provided that a voter’s registration may be moved to the appropriate district using the latest address voter has provided officially to the tax authorities; and,

5. Finally, a list of intent to delete shall be published online as well as in the same manner required for court edicts, again with enough time to respond appropriately.

BE IT FINALLY RESOLVED, that the National Hispanic Caucus of State Legislators requests of the United States Congress that it call for, listen to and consider its views, with a seat at the table, whenever voting rights legislation comes up in the Congressional investigative and legislative process.

THE NATIONAL HISPANIC CAUCUS OF STATE LEGISLATORS RATIFIED THIS RESOLUTION ON DECEMBER 8, 2018 AT ITS ANNUAL MEETING IN SAN DIEGO, CALIFORNIA.