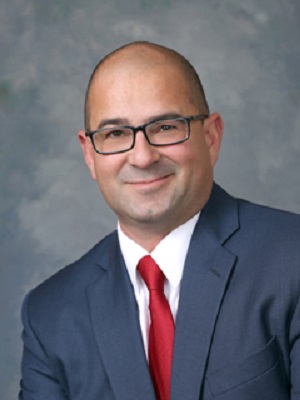 WHEREAS, large numbers of youth experience early contact with the justice system and are at greater risk for future, more serious contact as adults;[1] and,

WHEREAS, this contact may affect and limit opportunities for youth to contribute to society as adults and imposes significant costs and harm to communities;[2] and,

WHEREAS, restorative justice is a facilitated process that allows everyone involved in a conflict to be heard and take responsibility for any harm caused, that seeks ways to repair harm and make things right as much as possible and that restores relationships and community;[3] and,

WHEREAS, restorative justice programs help youth make better choices, engage in school, graduate and transition into vocational opportunities or higher education, and reduce contact with the juvenile and criminal justice systems, reducing future costs and harm to individuals and the community, and assisting productive youth development;[4] and,

WHEREAS, it defined restorative processes, including mediation, conciliation, conferencing and sentencing circles, as “any process in which the victim and the offender, and, where appropriate, any other individuals or community members affected by a crime, participate together actively in the resolution of matters arising from the crime, generally with the help of a facilitator;”[6] and,

WHEREAS, according to ECOSOC, some of the restorative outcome that can result from a restorative process “include responses and programmes such as reparation, restitution and community service, aimed at meeting the individual and collective needs and responsibilities of the parties and achieving the reintegration of the victim and the offender;”[7] and,

WHEREAS, one of the principles of the ECOSOC Resolution is that restorative justice can only be implemented when there is sufficient evidence to bring formal charges and with the free and voluntary consent of the victim and offender;[8] and,

WHEREAS, as a matter of due process, since restorative justice processes depend on the agreement between the victim and the offender regarding the basic facts of a case, the United Nations Resolution stresses that the participation of the offender “shall not be used as evidence of admission of guilt in subsequent legal proceedings;”[9] and,

WHEREAS, another key aspect is that failure to implement an agreement between the parties “should not be used as justification for a more severe sentence in subsequent criminal justice proceedings;”[10] and,

WHEREAS, Resolution 2000/14 finally urges that restorative justice programs take into consideration “obvious disparities with respect to factors such as power imbalances and the parties' age, maturity or intellectual capacity,” as well as “obvious threats to any of the parties' safety;”[11] and,

WHEREAS, many states, counties, cities, and other jurisdictions, have implemented restorative practices in schools, in neighborhoods, and in pre- and post-adjudication criminal justice system stages;[12] and,

WHEREAS, those states, counties, cities and other jurisdictions can proudly point to reduced recidivism, greater harmony in neighborhoods and in schools, a sense that the justice system has served victims of crime and other societal benefits;[13] and,

WHEREAS, restorative justice programs seek to attract new resources including funding and volunteers from the community, professional organizations and faith-based organizations.[14]

THEREFORE, BE IT RESOLVED, that The National Hispanic Caucus of State Legislators (NHCSL) calls on state legislatures to study restorative programs with demonstrated success and enact legislation that creates and strengthens restorative justice programs that follow the principles outlined in ECOSOC Resolution 2000/14.

[4] Centre for Justice and Reconciliation, available at: http://restorativejustice.org/about-us/#sthash.EdvFKimc.dpbs

[5] UN ECOSOC Resolution 2000/14, Basic principles on the use of restorative justice programmes in criminal matters, available at: https://www.un.org/documents/ecosoc/dec/2000/edec2000-inf2-add2.pdf.

[12] Sandra Pavelka, Restorative Justice in the States: An Analysis of Statutory Legislation and Policy (Justice Policy Journal, 2016), available at: http://www.cjcj.org/uploads/cjcj/documents/jpj_restorative_justice_in_the_states.pdf