Encouraging Electronic Payments for the Unbanked 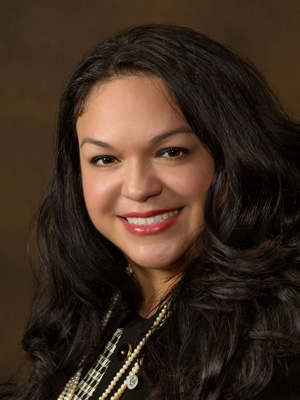 WHEREAS, the National Hispanic Caucus of State Legislators (NHCSL) recognizes that more than one in five Americans is unbanked or has limited access to financial services and that certain demographic and socioeconomic groups, like Hispanic Americans, African Americans, and the impoverished, are disproportionally affected by this;[1] and,

WHEREAS, cash will always have a role in the financial system and access to cash should be protected for those who have limited access to a means of making and receiving electronic payments; and,

WHEREAS, despite the importance of protecting it, cash is not the solution to the underlying disadvantages faced by the unbanked; and,

WHEREAS, there are many examples of initiatives by governments and non-governmental organizations aimed at accelerating a widespread transition from cash to digital payments in order to reduce poverty and drive inclusive growth, including the United Nations-based Better Than Cash Alliance, a partnership of governments, companies, and international organizations; and,

WHEREAS, access to electronic payments creates opportunities for increased financial capability for unbanked populations, bringing them closer to the benefits of the financial mainstream, with high levels of convenience, safety and reliability when compared with cash or paper-checks, and even a path to credit-building; and,

WHEREAS, well designed electronic payment systems offer an improvement in cost over cash or paper-checks; and,

WHEREAS, prepaid cards affiliated with a payments network, including employer-provided payroll cards, bring significant advantages to unbanked users, allowing a higher degree of financial capability and empowerment; saving the cost and time invested in cashing a check; ensuring payments are received on time, every time; protecting payments against the risk of loss or theft of cash; and allowing electronic payments to be made at the point-of-sale, over the telephone, or online; and,

WHEREAS, government-issued prepaid debit cards can be of special value in the event of some natural disasters, particularly those where the electric grid is still functioning, allowing governments to rapidly put funds in the hands of victims and relief workers for use in ATMs and at the point-of-sale to immediately purchase food, water and other essentials.

BE IT FURTHER RESOLVED, that NHCSL underscores that, in order to encourage the unbanked to adopt these electronic payments, the systems should have reasonably economical fees which ensure that they are an improvement in cost when compared to those typically faced by the unbanked; and,

BE IT FURTHER RESOLVED that programs such as the US Treasury’s Direct Express program and initiatives such as the Better than Cash Alliance be applauded for the work they are doing increasing financial capability among the unbanked; and,