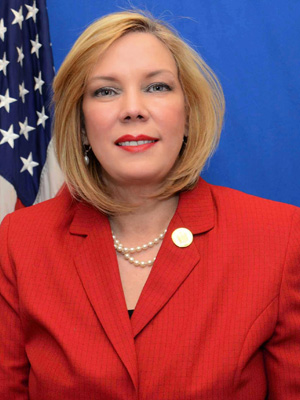 WHEREAS, military families on average earn 27% less than their civilian counterparts, accounting for more than $10,000 of lost income each year;[1] and,

WHEREAS, more than half of active duty families planning to leave the service within two years, have less than $5,000 in savings for emergency;[3] and,

WHEREAS, military spouses face hardships reintegrating into the workforce, suffering from higher rates of unemployment or underemployment compared to their civilian counterparts;[4] and,

WHEREAS, there are nearly 1.2 million military children of active-duty service members across the United States with 80% of them attending public school;[8] and,

WHEREAS, military children experience difficulties maintaining lasting relationships because of their transient status as a student.[9]

THERFORE, BE IT RESOLVED, that the National Hispanic Caucus of State Legislators recognize the need to protect, invest, and bolster programs to benefit military families; and,

BE IT FURTHER RESOLVED, that the National Hispanic Caucus of State Legislators calls on the Federal Government to ensure military child development centers are fully funded and held to the highest standards of quality and safety; and,

BE IT FINALLY RESOLVED, that, in the view of the situation and circumstances mentioned above, that the National Hispanic Caucus of State Legislators urges the President to recognize the need for economic reform for military families and urges Congress to create legislation which improves, benefits, or aids military families.

Approximately 30 percent of the U.S. working age population has a college degree, in comparison to and approximately 40 percent of military spouses in this age range do.

Separation anxiety, excessive worry, sleep problems, and stress are common in military brat culture. It is also important to note that these mental health issues are not phases and should be continuously monitored in military children.