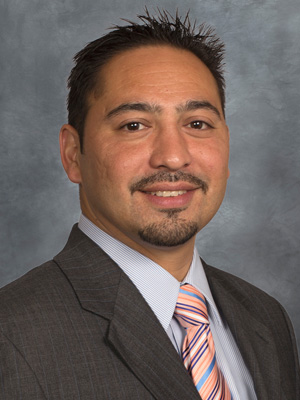 WHEREAS, a widespread consensus exists about the need for broad reform in the area of student loan debt in the United States; and

WHEREAS, for the reasons explained below, tuition costs at institutions of higher education must be substantially addressed, loan servicers must be prevented from practicing any forms of predatory lending, a substantial amount of the $1.4 trillion currently owed in student loan debt must be addressed, and a standardized method of repayment must be established to aid future borrowers:

I. The United States has strayed dangerously far from earlier systems which guaranteed students the possibility of economic prosperity without the burden of crippling student loan debt

WHEREAS, throughout the 20th century, Americans continuously saw an increase in their average wages coupled with a growing population of high school graduates choosing to attend college or university.

WHEREAS, Americans were realizing that a higher education and the development of specialized skills allowed for greater opportunities in the work force. Longer life expectancy and a growing housing market meant college attendees could reasonably expect to have the necessary tools to start a family, own a home, and maintain a steady job after graduating from college.

WHEREAS, the total cost for tuition, fees, room and board at public institutions in the 1980-1981 school year was on average $2,550. Adjusted for inflation, this average annual cost was equivalent to $7,144 in today’s dollars. Of this, $804 was dedicated to tuition and fees, equivalent to $2,251 after adjusting for inflation.[1]

WHEREAS, the average annual salary of bachelor’s degree recipients employed full time one year after graduating in May, 1981, was $15,200.[5]

WHEREAS, upon completing high school in 1994, students choosing not to pursue post-secondary education would have expected to see average career earnings of $15,982.[6] Upon receiving a bachelor’s degree in 1994, students could have expected significantly higher average earnings than their GED-earning competitors, seeing average career earnings of $44,952 annually.

WHEREAS, in 2018, a high school diploma or equivalent GED degree would earn a student roughly $48,640 for their average annual career earnings. Students choosing to pursue post-secondary education would see average career earnings of $84,380.[7]

WHEREAS, the numbers paint a clear picture – college tuition was more affordable for older generations and allowed for more financial stability post-graduation. A 67% growth in personal income since 1970 doesn’t come close to scratching the 213% increase in public college tuition costs.

II. Americans seeking a college education today face significant hurdles stemming from student loan debt that prevent them from achieving financial stability and contributing to many aspects of the U.S. economy

WHEREAS, over 45 million Americans collectively owe more than $1.5 trillion in student loan debt, making it the second highest form of consumer debt, behind only home mortgages and higher than credit card debt and auto loan debt.

WHEREAS, this cloud of debt hanging over the heads of student borrowers imposes serious barriers to economic and personal growth.

WHEREAS, the rate of homeownership, one of the most important ways to build wealth, has returned to fifty-year lows. Younger buyers who would typically be most active have been sidelined from the housing recovery due to high levels of student loan debt, higher home prices, weak income growth, and tighter credit conditions.[9] An estimated 64% of bachelor’s degree-holding households without student debt own a home. Among degree-holding households with student debt, only 53% own a home.[10]

WHEREAS, according to a survey done by American Student Assistance, 62% of respondents said their student debt posed a hardship on their personal budget when combined with other household spending. Specifically, 55% indicated that their student loan debt affected their decision or ability to purchase a home; 52% said their debt affected their ability to make purchases such as a car; 35% said they found it difficult to buy daily necessities because of their student loans.[11]

WHEREAS, student loan servicers are the only link in determining whether borrowers will have a pathway towards paying off their loan debt or will simply be forced into one unaffordable payment after another. Without strong federal and state guidelines, student loan servicers have engaged in a range of abusive practices that include misapplying student loan repayments in ways which maximize fees to the servicer and placing borrowers into plans that delay the debt rather than repay it.

WHEREAS, the U.S. Department of Education has recently signaled that it is willing to make it easier for servicers of federal student loan debt to operate with less oversight and fewer protections for students, both by rolling back existing federal guidance and by seeking to thwart states’ rights to protect students in their own states against student loan abuses.

WHEREAS, the current administration has proposed increasing the cap on interest rates from 10% to 12.5% and decreasing the amount of time servicers can collect from 20 years to 10 or 15 years. Though the payment period would theoretically be shorter, the heightened interest rate would only place more economic stress on student loan borrowers already struggling to pay off their debts.

III. Current legislative policies have failed to effectively combat the growing gap between student loan debt and personal income, leading to a climbing financial responsibility that shows no sign of reversing course

WHEREAS, the need for investing in students became a necessary and widely popular form of spending during the height of the Cold War, when Congress passed the National Defense Education Act of 1958 (“NDEA”) in response to Soviet acceleration of the space race.

WHEREAS, the NDEA provided federal funding to “insure trained manpower of sufficient quality and quantity to meet the national defense needs of the United States.” In addition to fellowships and loans to students, the legislation bolstered education in the areas of science, mathematics, and modern foreign languages.

WHEREAS, the House report recommending passage of the NDEA stated: “It is no exaggeration to say that America’s progress in many fields of endeavor in the years ahead—in fact, the very survival of our free country—may depend in large part upon the education we provide for our young people now.”

WHEREAS, the Higher Education Act of 1965 (“HEA”) provided the next major step in the legislative movement for student aid, “strengthen[ing] the educational resources of our colleges and universities and [providing] financial assistance for students in postsecondary and higher education.”[13]

WHEREAS, before adopting the HEA, President Lyndon B. Johnson made clear that the nation had a need for more higher education opportunities for lower and middle income families, program assistance for small and less developed colleges, additional and improved library resources at higher education institutions, and utilization of college and university resources to help deal with national problems like poverty and community development.[14]

WHEREAS, the HEA was reauthorized numerous times after its initial enactment, frequently being amended to add additional programs, change the language and policies of existing programs, or make other changes. Of the more recent and significant such amendments was the College Cost Reduction and Access Act of 2007.

WHEREAS, the College Cost Reduction and Access Act of 2007, signed by President George W. Bush, was intended to “make college more affordable for low-income students by increasing funding for Federal Pell Grants by more than $11 billion.”[15]

WHEREAS, the College Cost Reduction and Access Act of 2007 also established the Public Service Loan Forgiveness (“PSLF”) Program, which was created “to encourage individuals to enter lower-paying but vitally important public sector jobs such as military service, law enforcement, public education and public health professions.” The program allows eligible borrowers to cancel the remaining balance of their Direct Loans after they have served full time at a public service organization for specified period of time and after a specified number of payments.

WHEREAS, despite PSLF’s intentions, the forgiveness program has proven to be confusing and difficult to apply effectively. Even under the Temporary Expanded Public Service Loan Forgiveness (“TEPSLF”) Program, ninety-nine percent of loan-forgiveness requests were rejected during the program's first year, from May 2018 to May 2019.[16]

THEREFORE, BE IT RESOLVED, the National Hispanic Caucus of State Legislators recognizes the need for broad reform in the fields of college pricing and student loan debt assistance and forgiveness; and,

BE IT FURTHER RESOLVED, the United States Congress should recognize outstanding student debt as a crisis that endangers not only the well-being of the nation and work to enact legislation that will ease the burden on student loan borrowers, up to and including the complete cancellation of student loan debt for current borrowers; and,

BE IT FURTHER RESOLVED, the Department of Education should develop an official, comprehensive list of qualifying employers, which would help PSLF servicers assess employers and help borrowers determine whether they are eligible for PSLF, and help borrowers make better informed employment decisions rather than having to wait to submit a certification request after they have started a job to find out if their employer qualifies; and,

BE IT FURTHER RESOLVED, the National Hispanic Caucus of State Legislators calls on all candidates for the office of President to present action plans addressing the following issues:

[4] Shannon Insler, “Do Millennials Have It Better or Worse Than Generations Past?”

[17] Politifact (Partnership with the Tampa Bay Times) – Was College Once Free in the United States, as Bernie Sanders says? (https://www.politifact.com/florida/statements/2016/feb/09/bernie-s/was-college-once-free-united-states-and-it-oversea/ )