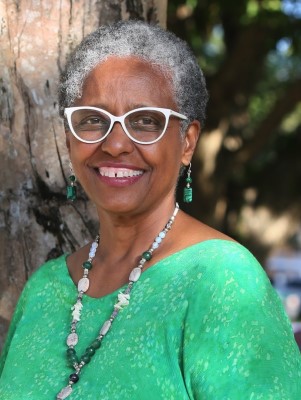 WHEREAS, according to the American Academy of Child and Adolescent Psychiatry (AACAP), “‘conversion therapies’ (or ‘reparative therapies’) are interventions purported to alter same-sex attractions or an individual’s gender expression with the specific aim to promote heterosexuality as a preferable outcome. Similarly, for youth whose gender identity is incongruent with their sex anatomy, efforts to change their core gender identity have also been described and more recently subsumed under the conversion therapy rubric;”[1] and,

WHEREAS, conversion therapies have no credible basis in medicine or any other of science and there is no reliable evidence that they achieve their stated goal, but they are associated with negative consequences like poor mental health,[2] including suicidality;[3] and,

WHEREAS, conversion therapies are especially dangerous for immigrant Hispanic youth because “lower acculturation” leads to even lower self-esteem and greater depressive symptoms than expected “in the context of internalized homonegativity” for “Latinx sexual minority youth;”[4] and,

WHEREAS, conversion therapies are the opposite of the “evidence-based and culturally competent”[5] practices, commonly called affirming, which do not “portray homosexuality as a mental illness or developmental disorder”[6] and are endorsed by respected medical and mental health entities such as the National Latinx Psychological Association[7] and the AACAP.[8] Those affirming treatments are performed solely by licensed health professionals and, in the case of youth, include a “comprehensive assessment and treatment of youth that includes exploration of all aspects of identity, including sexual orientation, gender identity, and/or gender expression [applying] whether or not there are unwanted sexual attractions and when the gender role consistent with the youth’s assigned sex at birth is non-coercively explored as a means of helping the youth understand their authentic gender identity [and which] may involve exploration of living in a different gender role (appropriate to the child or adolescent’s developmental understanding of gender) and/or potential use of affirming gender transition interventions to align anatomical features with one’s gender identity for appropriately assessed pubertal adolescents;”[9] and,

WHEREAS, in contrast, a majority of conversion therapy practitioners portray themselves as religious ministries[10] (with names such as “ex-gay ministries” or “transformational ministry”) and are operated by individuals and organizations that “tend to have negative attitudes toward homosexuality that are based in their particular religious perspectives… tak[ing] the approach [in general] that [non-heterosexual orientations and non-cisgender identities are sinful or evil] and can be changed through repentance and faith;”[11] and,

WHEREAS, for those reasons and more, the following major healthcare organizations all oppose the use of reparative or conversion therapy for sexual orientation or gender identity:

WHEREAS, conversion therapies are mostly attempted on minors who are openly unwilling participants or who are situationally unable to deny consent. Of the estimated 698,000 LGBT adults (ages 18-59) who have been subjected to conversion therapy in the United States,[22] including Puerto Rico, 350,000 were submitted to the practice as adolescents; and,

WHEREAS, major educational and faith-based organizations, like the following, also oppose conversion therapy:[23]

WHEREAS, as of June 2019,[25] at least 10,000 LGBT youth (ages 13-17) have been prospectively spared from being subjected to conversion therapy at the hands of a licensed health practitioner by the bans on such practices enacted by the first 18 states to forbid them and the District of Columbia;[26] and,

WHEREAS, an estimated minimum of 16,000 LGBT youth (ages 13-17) will be subjected to conversion therapy at the hands of a licensed health practitioner unless the remaining states and Puerto Rico fully ban the practice;[27] and,

WHEREAS, even more alarmingly, at least 57,000 youth (ages 13-17) across all states, the District of Columbia and Puerto Rico, will receive conversion therapy in the near future from religious or spiritual advisors before they reach the age of 18;[28] and,

WHEREAS, no state currently bans the religious or spiritual practice of conversion therapy,[29] even though it is the most common; and,

WHEREAS, we previously addressed LGBTQ discrimination in our Resolution No. 2017-02, Calling for the Enactment of Protections Against LGBTQ Workplace and Service Discrimination[30] and NHCSL co-chairs the LGBTQ Rights Task Force of the National Hispanic Leadership Agenda (NHLA), advancing equality and non-discrimination policies at the national level.

THEREFORE, BE IT RESOLVED, that the National Hispanic Caucus of State Legislators (NHCSL) recommits to ending discriminatory practices based on sexual orientation and/or gender identity that negatively affect LGBTQ persons; and,

BE IT FURTHER RESOLVED, that NHCSL calls on Congress and all Legislatures to ban the dangerous and pseudoscientific practice of conversion therapy by licensed health professionals; and,

BE IT FINALLY RESOLVED, that, in the matter of conversion therapy, as is done in other areas related to sexual and developmental health, such as the age of consent, NHCSL calls on Legislatures to balance the respect of religious freedom, which we treasure, with the parens patriae duty of the state regarding minors, and, as a result, ban the dangerous practice of conversion therapy performed on minors by any person, including faith-based practitioners.

[10] The Williams Institute estimates that less than a third of future conversion therapies on LGBT youth ages 13-17 will be, or would have been (if not banned), attempted by a licensed healthcare professional whereas the remaining over two thirds would be “from religious or spiritual advisors.”  See The Williams Institute, Conversion Therapy and LGBT Youth Update, p. 1 (UCLA School of Law, June 2019), available at https://williamsinstitute.law.ucla.edu/wp-content/uploads/Conversion-Therapy-Update-Jun-2019.pdf

[11] Just the Facts Coalition, Just the Facts about Sexual Orientation and Youth: A Primer for Principals, Educators and School Personnel, p. 10, available at https://www.apa.org/pi/lgbt/resources/just-the-facts.pdf

[17] American Association for Marriage and Family Therapy, AAMFT Position on Couples and Families (2009), available at http://www.aamft.org/imis15/content/about_aamft/position_on_couples.aspx

[21] Pan American Health Organization: Regional Office of the World Health Organization, “Cures” for an Illness That Does Not Exist: Purported Therapies Aimed at Changing Sexual Orientation Lack Medical Justification and are Ethically Unacceptable (2012), available at http://www.paho.org/hq/index.php?option=com_docman&task=doc_view&gid=17703.

[22] The Williams Institute acknowledges that this estimate is, if anything, an underestimate. It includes Puerto Rico as to LGB adults but does not specifically measure Trans adults in Puerto Rico. See The Williams Institute, Conversion Therapy and LGBT Youth Update, pp. 6–8 (UCLA School of Law, June 2019), available at https://williamsinstitute.law.ucla.edu/wp-content/uploads/Conversion-Therapy-Update-Jun-2019.pdf

[23] Just the Facts Coalition, Just the Facts about Sexual Orientation and Youth: A Primer for Principals, Educators and School Personnel, p. 10, available at https://www.apa.org/pi/lgbt/resources/just-the-facts.pdf

[25] This is the last date for which estimates are available.

[28] Williams Institute, supra. The impact of the laws of Utah and Virginia were not included in the estimate because they were enacted in 2020.