Supporting the Creation of a National Infrastructure Bank 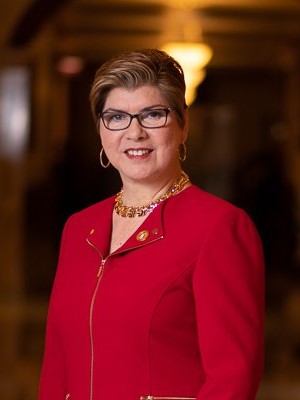 WHEREAS, in its 2021 Report Card for America’s Infrastructure,[1] the American Society of Civil Engineers (ASCE) gave the United States a grade of C-, estimating the investment needed to restore the nation’s infrastructure to a state of good repair at nearly $2.6 trillion over 10 years, increasing “investment from all levels of government and the private sector from 2.5% to 3.5% of U.S. Gross Domestic Product (GDP) by 2025;”[2] and,

WHEREAS, this estimate does not include broadband and telecommunications infrastructure, areas in which we have called for significant investment;[3] and,

WHEREAS, an example of the infrastructure crisis across our nation which especially affects Hispanics is the situation in Puerto Rico, made worse by recent natural disasters. According to the Federal Highway Administration, of the 2,246 bridges in Puerto Rico, 271 are in poor condition, 1,573 are in fair condition, and only 402 are in good condition.[4] This ranks Puerto Rico as the 8th worst state or territory in general bridge-repair.[5] Additionally, Puerto Rico is home to two of the nation’s Top 10 most travelled bridges in poor conditions;[6] and,

WHEREAS, while Puerto Rico is a salient case, Hispanics are disproportionately impacted by poor infrastructure across the nation. For example, the other eight of the Top 10 most travelled bridges in poor conditions are also in areas with very high or above average Hispanic populations. Seven are in California, of which five are in Los Angeles County (49% Hispanic), and one each in Orange County (34% Hispanic) and Alameda County (22% Hispanic). The remaining one is in Cook County, Illinois (26% Hispanic). In this last case, it also disproportionately affects Blacks (24%);[7] and,

WHEREAS, former President Barack Obama proposed the creation of a National Infrastructure Bank (NIB) to Congress as “a valuable complement to existing sources of funding [to] improve the efficiency of [and] help increase overall investment in infrastructure by attracting private capital to co-invest in specific infrastructure projects and… by relying on a merit-based selection process for projects;”[8] and,

WHEREAS, there have been several proposals in Congress since then, including in this Congress, HR 3339, The National Infrastructure Bank Act, creating a new NIB capitalized by repurposing existing Treasury debt, exchanging municipal bonds for stock and issuing cash stock; requiring contractors to pay no less than the locally prevailing wages and fringe benefits paid on projects of a similar character[9] and buy American; providing improved terms for areas of high unemployment or disadvantaged communities;[10] and allowing NIB investments new affordable housing units;[11] and,

WHEREAS, a related proposal from Senators Ed Markey, Chris Van Hollen, Richard Blumenthal, Brian Schatz and Martin Heinrich is S 283, the National Climate Bank Act, which refocuses the NIB as a “dedicated financial institution that can support the work of existing [and new state-level] green banks and provide greater capital for efforts to reduce emissions, increasing the overall scale of clean energy investment,” including specific provisions that allow investment in transportation, energy and water infrastructure and priority for projects in low-income, minority, and distressed neighborhoods; and,

WHEREAS, proposals for a National Infrastructure Bank follow the successful work of previous national banks which “financed such infrastructure, each according to a development plan: The First (1791–1811) and Second (1816–1836) Banks of the United States, President Lincoln’s national banking system, and President Franklin Roosevelt’s Reconstruction Finance Corporation (1932–1957);”[12] and,

WHEREAS, the Nevada Legislature[13] and the Illinois House of Representatives[14] have recently adopted resolutions in support of a new national infrastructure bank.[15]

THEREFORE, BE IT RESOLVED, that the National Hispanic Caucus of State Legislators (NHCSL) calls upon the United States Congress to create a national infrastructure bank that prioritizes projects in low-income, minority, and distressed neighborhoods, especially projects that mitigate existing negative environmental impacts.

[9] The prevailing wages and benefits are determined by the Secretary of Labor under the Davis-Bacon Act and currently used for Federal contracting.

[10] The bill’s current definition of “disadvantaged” is “a median household income below 80 percent of the State nonmetropolitan median household income.” This should be improved by adding an alternative measure relative to the country as a whole so as not to exclude communities in poorer states that may not be poor relative to the state but are poor relative to the nation, and it should also adjust income to small-area cost of living in urban areas to provide a true measure of relative disadvantage and avoid excluding urban poor communities from the improved terms.