Calling for Compensation to Victims of Forced Sterilization 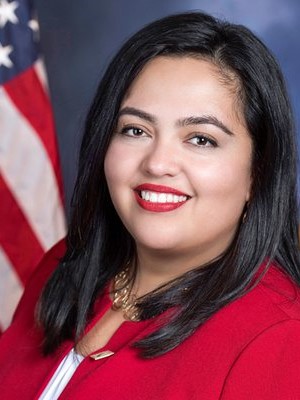 WHEREAS, “the eugenics movement was widely accepted in American society well into the 20th century, [and] most states had federally funded eugenics boards, and state-ordered sterilization was a common occurrence;”[1] and,

WHEREAS, “as many as 70,000 Americans were forcibly sterilized during the 20th century, [especially those] labeled ‘mentally deficient,’ as well as those who were deaf, blind and diseased [with] minorities, poor people and ‘promiscuous’ women… often targeted;”[2] and.

WHEREAS, thirty-two states had eugenics boards;[3] and,

WHEREAS, for example, in 1909, California authorized the involuntary sterilization of people who were institutionalized who were deemed “unfit for reproduction.” The state went on to administer the most aggressive eugenic sterilization program in the United States, sterilizing more than 20,000 people, disproportionately women, statewide. Research indicates that the majority of eugenic sterilizations affected women and girls, with Latinas being 59% more likely to be sterilized;[4] and,

WHEREAS, it was not until 1942 in Skinner v. Oklahoma, 316 U.S. 535, that the U.S. Supreme Court first applied strict scrutiny to “the classification which a State makes in a sterilization law… lest unwittingly, or otherwise, invidious discriminations are made against groups or types of individuals in violation of the constitutional guaranty of just and equal laws.;” and,

WHEREAS, though California’s eugenics law was repealed in 1979, a later state audit revealed 144 people were sterilized during labor and delivery without proper consent while incarcerated in California women’s prisons from 2006 to 2010. Of the 144 women captured in the state audit, 94 (65%) described themselves as Black, Hispanic, Mexican, or other. An additional 100 women were involuntarily sterilized in prison during labor and delivery dating back to the late 1990s, as well as a small number of forced sterilizations performed during other surgeries;[5] and,

WHEREAS, in 2014, the California State Auditor released an audit of female inmate sterilizations that occurred in the state prison system’s medical facilities between fiscal years 2005–06 and 2012–13.[6] During that period, 794 female inmates underwent various procedures that could have resulted in sterilization. All of this despite the fact that California law prohibits the sterilization of people incarcerated in county jails and state prison facilities for the purpose of birth control and offers additional protections to prevent coercion surrounding non-medically necessary sterilizations outside the scope of birth control;[7] and,

WHEREAS, however, the Auditor’s office stated, “we have concerns about whether the female inmates undergoing bilateral tubal ligations received adequate counseling about their decision to be sterilized.”[8] Additionally, the office was “unable to conclude whether inmates received educational materials, whether prison medical staff answered inmates’ questions, or whether these staff provided the inmates with all of the necessary information to make such a sensitive and life-changing decision as sterilization;”[9] and,

WHEREAS, the discovery of a recent forcible or coerced sterilization events in California raises the possibility of similar situations going undiscovered in other states; and,

WHEREAS, victims of forced sterilization deserve compensation;[10] and,

WHEREAS, in 2013, the State of North Carolina became the first state to agree to compensate its victims, most of whom were African American, setting aside $10 million to be distrubuted among the victims;[11] and,

WHEREAS, in 2021, California became only the third state to approve a compensation law, allocating $7.5 million to surviving victims;[13] and,

THEREFORE, BE IT RESOLVED, that the National Hispanic Caucus of State Legislators (NHCSL) considers the eugenics laws and related policies that led to forced or coerced involuntary sterilizations in the United States as attempted genocide, a crime against humanity, of which people of color, especially Latinas, Latinos and Blacks, along with persons with disabilities, were the main, but not only victims; and,

BE IT FURTHER RESOLVED, that the National Hispanic Caucus of State Legislators calls on states to investigate forced or coerced involuntary sterilizations done by the state, under color of state authority or law or by institutions chartered by the state, such as cities or counties, including more recent or potentially ongoing forced or coerced involuntary sterilizations, acknowledge the injustice of forced sterilization, and place markers to raise awareness; and,

BE IT FURTHER RESOLVED, that the National Hispanic Caucus of State Legislators calls on states to compensate confirmed survivors who are still alive and were forcibly sterilized under either eugenics laws or in state institutions and prisons or under color of state law or authority, under any of the following circumstances:[15]

BE IT FURTHER RESOLVED, that the National Hispanic Caucus of State Legislators calls on states to enact more stringent regulations and practices to prevent a recurrence; and,

BE IT FINALLY RESOLVED, that the National Hispanic Caucus of State Legislators calls on the Federal government to acknowledge the injustice of forced or coerced sterilization in its own institutions, be they under involuntary confinement, including immigration, or in hospitals, the military or others, and investigate forced or coerced involuntary sterilizations under color of its authority, including more recent or potentially ongoing practices, enact more stringent regulations and practices to prevent a recurrence, and compensate confirmed survivors who are still alive using the criteria listed above for states.

[3] A list of states may be found here. And see, Alexandra Stern, Ph.D., Forced sterilization policies in the US targeted minorities and those with disabilities – and lasted into the 21st century (University of Michigan Institute for Healthcare Policy and Innovation – Sept. 23, 2020). Available at https://ihpi.umich.edu/news/forced-sterilization-policies-us-targeted-minorities-and-those-disabilities-and-lasted-21st

[4] Sanjana Manjeshwar, supra n. 1. (citing Jeremy Rosenberg, When California Decided Who Could Have Children and Who Could Not (KCET, June 18, 2012).

[5] California State Auditor, Sterilization of Female Inmates, Some Inmates Were Sterilized Unlawfully, and Safeguards Designed to Limit Occurrences of the Procedure Failed (June 2014).

[10] Estimates for California are that in 2022, there will be 383 survivors sterilized under eugenics laws and 244 survivors of prison sterilization abuse, 25% of whom are anticipated to come forward (approximately 157).

[14] This prevents the compensation money from being counted against the victim’s eligibility programs like Medicaid, Supplemental Security Income, and Supplemental Nutrition Assistance. Public Law No: 114-241 (10/07/2016) (S. 1698, 114th Congress), available at https://www.congress.gov/bill/114th-congress/senate-bill/1698

[15] These shall not apply to persons sterilized pursuant to a chemical sterilization program administered to convicted sex offenders.