The Most Reliable Source of Electricity by Far Is Nuclear Energy

Nearly 20 percent of the nation's electricity is generated by 94 reactors in 28 states. In 2019, the U.S. nuclear fleet had an average capacity factor of 93%, making nuclear energy the most reliable source of energy on the grid. 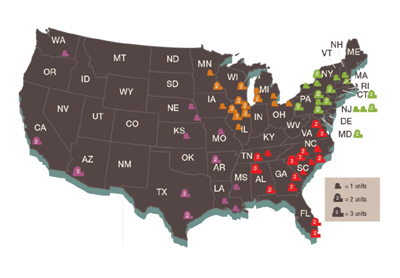 No Other Source Provides as Much Carbon-Free Electricity

These States Are Acting to Value Nuclear Energy

Awareness is growing that preserving nuclear plants avoids higher energy prices and carbon emissions.
The states listed below are among those that have considered or adopted the following measures:

The Future of Nuclear

A strong U.S. nuclear industry is vital for America's national security and technological leadership. We will also need new, innovative technologies to reduce emissions and achieve a carbon-free future.

Substantial public and private-sector investments are being made in advancing the state of nuclear energy technology, with several projects working to deploy in the 2020s.