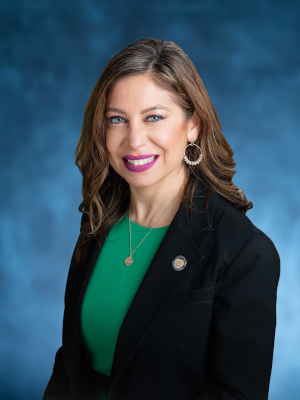 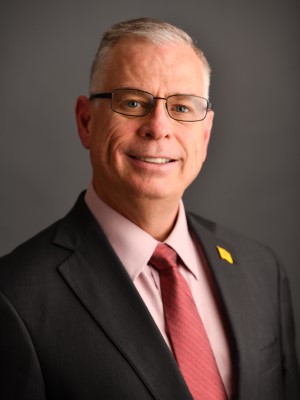 Defending the Right to Abortion and Equal Access to Reproductive Healthcare

Unanimously approved by the NHCSL Executive Committee on behalf of the entire Caucus on August 12, 2022

WHEREAS, freedom of reproductive choice is an area of medicine that is centered in mental and physical health, along with long-term, child welfare issues;[1] and,

WHEREAS, in Resolution 2018-27, Improved Universal Sex Education Including Consent,[2] we stressed that improved sexual health outcomes lead to “healthy and fulfilling lives and relationships;” and,

WHEREAS, comprehensive abortion care is included in the list of essential health care services published by World Health Organization in 2020;[3] and,

WHEREAS, while the issue of “abortion” has been politicized, as a medical practice it is normally a simple health care intervention that can be effectively managed by a wide range of health workers using medication or a medical procedure; and,

WHEREAS, abortions are most often performed during the first 28 weeks of pregnancy, depending on clinical indications, and, within the first 12 weeks of pregnancy, a medication abortion can also be safely self-managed by the pregnant patient outside of a health care facility (e.g., at home), in whole or in part;[4] and,

WHEREAS, federal statutory language known as the Hyde Amendment, authorized and reauthorized since 1976, prohibits the use of federal funds to pay for abortions, except in case of rape or incest or if the pregnancy would place a woman in danger of death. As a result, only 16 states—namely Alaska, California, Connecticut, Hawaii, Illinois, Maine, Maryland, Massachusetts, Minnesota, Montana, New Jersey, New Mexico, New York, Oregon, Vermont, and Washington—currently provide coverage for abortion for low-income women through Medicaid, using state funds to do so;[7] and,

WHEREAS, of the 10 states with the highest percentage of Hispanic population, five do not provide the full range of reproductive health coverage (including abortions) through Medicaid: Texas, Arizona, Nevada, Florida and Colorado;[8] and,

WHEREAS, through its impact on Medicaid, the Hyde Amendment disproportionately and negatively affects low-income people, which has a disproportionate impact on Hispanics and other people of color[9] and because low-income women are also more likely than more affluent women to have an unintended pregnancy due to the full range of health education and healthcare options available to affluent women;[10] and,

WHEREAS, in a recent study determined that the financial situation of an individual seeking an abortion, if not given the option to receive an abortion, will be drastically impacted once the child is born. There is around an 80% increase in unpaid bills, along with more individuals having to file for bankruptcy and being evicted from their properties, all of which perpetuates that cycle of poverty;[11] and,

WHEREAS, there is a disturbing correlation that states that have stricter abortion laws, also tend to have fewer safety net benefits to support children from low income homes and their families;[12] and,

WHEREAS, persons with lower incomes and people of color are also more likely to seek abortions because they have less access to contraceptives or sex education. In 2021, 95% of unintended pregnancies were from lack of or inconsistent use of contraceptives.[13] As noted in our previously cited 2018 resolution on sex education, fewer than half of high schools and only a fifth of middle schools teach all 16 topics recommended by the CDC as essential components of sex education;[14] and,

WHEREAS, lack of access for affordable health care disproportionately affects mostly minority women, like Hispanics, due to barriers related to the social determinants of health, as we discussed in Resolution 2020-06, Equity Plan for Affordable Healthcare[15] among others, combined with the instability around how much financial support will be given, even if the patient has insurance.[16] The average cost of an abortion currently varies between $750 in the first trimester, and up to $1,500 later in pregnancy for women with no health insurance.[17] Since federal funding cannot be used to cover an abortion, unless the state covers the cost, getting an abortion can present an insurmountable financial burden; and,

WHEREAS, according to the latest data, New Mexico and Arizona are the states with the highest percentage of Hispanic women seeking out and receiving abortions.[18] In New Mexico, approximately 56% of abortions performed were on Hispanic women. Although New Mexico is one of the sixteen states that funds and covers abortion through Medicaid, many Hispanics do not qualify for Medicaid and do not have insurance,[19] making abortions otherwise financially unattainable; and,

WHEREAS, in the states of Idaho, Utah, North Dakota, Nebraska, Kansas, Oklahoma, Missouri, Indiana, and Kentucky it is impossible for a patient to get a health insurance plan that covers abortions, even a private plan;[20] and,

WHEREAS, the health of a pregnancy, including viability, varies based on each individual patient;[21] and,

WHEREAS, even though, as an exception, federal funds can be used to cover abortion in the case of unsafe pregnancies through Medicaid, and even with other current abortion laws allowing abortions, about 23,000 women still die each year from unsafe abortions and tens of thousands end up having health complications during or after pregnancy;[22] and,

WHEREAS, the Supreme Court recognized the federal constitutional right to an abortion in 1973,[23] but then in 1992 allowed states to restrict abortion access after viability of the fetus unless it posed an undue burden on the person seeking the abortion. Many states have limited who can obtain an abortion, who performs the procedure and at what point in pregnancy it can be performed. States have also interfered with the doctor-patient relationship by imposing other medically unnecessary restrictions, such as mandatory waiting periods, biased counseling requirements, and facility restrictions;[24] and,

WHEREAS, despite the fact that Supreme Court repeatedly held that abortion cannot be banned before viability many states have attempted to ban abortion with various medically inaccurate justifications.  For example, Texas enacted the “Heartbeat Act”, a six-week ban on abortion, justifying the ban by stating that at six weeks of pregnancy, a fetal heartbeat can be detected.[25] The American College of Obstetricians and Gynecologists opposed the bill as an “arbitrary” ban, and its president explained that “pregnancy and fetal development are a continuum. What is interpreted as a heartbeat in these bills is actually electrically induced flickering of a portion of the fetal tissue that will become the heart as the embryo develops;”[26] and,

WHEREAS, earlier this year, in an unprecedented reduction of civil rights in the case of Dobbs v. Jackson Women's Health Organization, 597 U.S. ___ (2022), the Supreme Court overruled its own Roe v. Wade (1973) and Planned Parenthood v. Casey (1992) precedents, in a 5-4 decision, holding that the Constitution of the United States does not confer a right to abortion, and upheld, in a 6-3 decision, a Mississippi law that bans abortions after 15 weeks, with very few medical exceptions.

THEREFORE, BE IT RESOLVED, that the National Hispanic Caucus of State Legislators (NHCSL) supports the vast majority of medical organizations and the World Health Organization in finding that the right to choose is an essential part of sexual and reproductive health and calls on states and the federal government to guarantee its full protection and compressive, affordable access; and,

BE IT FURTHER RESOLVED, that the National Hispanic Caucus of State Legislators (NHCSL) calls on lawmakers and policymakers to prioritize and support any legislation or regulations protecting and expanding access to all reproductive health care, including abortion; protecting confidentiality and trust within the doctor-patient relationship; advocating for reliance on medical best practices within healthcare law; and trusting medical providers and their patients to make the right decision in each individual circumstance; and,

BE IT FURTHER RESOLVED, that the National Hispanic Caucus of State Legislators (NHCSL) opposes any legislative predeterminations that restrict the right to choose, including but not limited to, those that attempt to predetermine fetal viability using gestational age or politically-determined isolated test results like fetal heartbeat detection; and,

BE IT FURTHER RESOLVED, that the National Hispanic Caucus of State Legislators (NHCSL) opposes any legislation or regulation, be it federal or state, that disadvantages, through its text, intent or effect, racial or ethnic or low income minority patients in their right to equal access to comprehensive reproductive health, including abortion; and,

BE IT FINALLY RESOLVED, that the National Hispanic Caucus of State Legislators (NHCSL) specifically calls on Congress to repeal the Hyde Amendment and on all states to cover comprehensive reproductive health services, including abortion, though Medicaid programs, and on all states to require private insurance coverage of abortion services as a medical procedure.

AT THE REQUEST OF THE HUMAN AND CIVIL RIGHTS TASK FORCE AND THE HEALTHCARE TASK FORCE, AND IN ACCORDANCE WITH THE IMMEDIATE NEEDS PROCEES OUTLINED IN THE BYLAWS, THE EXECUTIVE COMMITTEE UNANIMOUSLY APPROVED THIS RESOLUTION ON AUGUST 12, 2022, AT ITS MEETING IN BROOKLYN, NEW YORK.

[6] Abortion Is a Common Experience for U.S. Women, Despite Dramatic Declines in Rates. (2017, October 19). Guttmacher Institute. https://www.guttmacher.org/news-release/2017/abortion-common-experience-us-women-despite-dramatic-declines-rates. And see Kaiser Family Foundation, Reported Legal Abortions by Race of Women Who Obtained Abortion by the State of Occurrence. (2021, December 1) (noting that a woman’s reproductive years can range between 12 to 51 years of age),

[17] Piscareta, E. (2022, February 9). How much does an abortion cost? Planned Parenthood. https://www.plannedparenthood.org/learn/ask-experts/how-much-does-an-abortion-cost

[18] Kaiser Family Foundation, Reported Legal Abortions by Race of Women Who Obtained Abortion by the State of Occurrence. (2021, December 1)