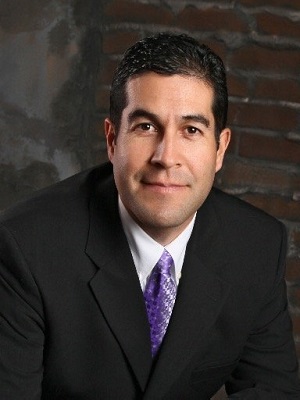 WHEREAS, many communities in the United States struggle with problems such as drought, water storage issues, limited resources, environmental changes, and overall food security;[1] and,

WHEREAS, climate change poses a severe threat to the United States’ southwest region, a region with large Hispanic populations, “an already parched region that is expected to get hotter and, in its southern half, significantly drier. Increased heat and changes to rain and snowpack will send ripple effects throughout the region’s critical agriculture sector, affecting the lives and economies of 56 million people;”[2] and,

WHEREAS, Israel has been a global leader in agricultural technologies, addressing food security issues in an arid landscape by pioneering “trickle-down irrigation, agricultural biotechnology, soil solarization, and the sustained use of industrial waste for agriculture;”[3] and,

WHEREAS, Israeli companies also continue to lead the nations of the world in agricultural drone technology;[4] and,

WHEREAS, Israel is further developing artificial intelligence for agricultural purposes and plant biotechnology;[5] and,

WHEREAS, according to The Economist, Israel’s agriculture economy is so impressive that almost twice as many companies exist in the Israeli agricultural sector than in the better-known Israeli cyber security sector;[6] and,

WHEREAS, in our 2018 Annual Summit we held a session dedicated to policies promoting agricultural entrepreneurship among farmworkers because over 80 percent[7] of U.S. farmworkers self-identify as Hispanic, making this issue a key priority for our Caucus; and,

WHEREAS, Israel’s has a long track record of turning kibbutz[8] farmworkers into agricultural entrepreneurs;[9] and,

WHEREAS, Israel’s achievements in fomenting agricultural entrepreneurship among kibbutzim members thereby provides a great area of potential learning for Hispanic Americans and of collaboration between Israel and U.S. Hispanic communities; and,

WHEREAS, in 2020, the Israeli government “plans to sponsor pilot projects that connect startups with farmers,” allowing for technology trials before entering international markets;[10] and,

WHEREAS, experts note that Israel’s next challenge will be scaling up the use of its agricultural technology, because “limited farmland means they must look for partners abroad early on;”[11] and,

WHEREAS, in October 25, 1977, the United States and Israel signed the US-Israel Binational Agricultural Research and Development (BARD) Fund, “a competitive funding program for mutually beneficial, mission-oriented, strategic and applied research of agricultural problems, jointly conducted by American and Israeli scientists;”[12] and,

WHEREAS, the U.S. National Institute of Food and Agriculture (NIFA) and the BARD Fund signed a Memorandum of Understanding in 2013, that establishes a framework under which U.S. and Israeli scientists and engineers collaborate and receive cross-funding for agricultural research;[13] and,

WHEREAS, on December 20, 2018, as part of the Agriculture Improvement Act of 2018, a bipartisan amendment, led by Congressman Darren Soto (FL-09), enacted an expansion to the 2013 Memorandum of Understanding that includes encouraging research by “private entities, including through collaboration with colleges and universities, research institutions, and the private sector” and called for accelerating “the demonstration, development, and application of agricultural solutions resulting from or relating to BARD Fund programs, including BARD Fund-sponsored research and innovations in drip irrigation, pesticides, aquaculture, livestock, poultry, disease control, and farm equipment;”[14] and,

WHEREAS, the newly enacted language requires new appropriations from time to time to be “paid directly to the Fund.”[15]

THEREFORE, BE IT RESOLVED that The National Hispanic Caucus of State Legislators commends Israel’s efforts, achievements, and leadership in agricultural technology research and development, and in promoting agricultural entrepreneurship among farmworkers and their families; and,

BE IT FURTHER RESOLVED, that The National Hispanic Caucus of State Legislators recognizes that Israel can serve as a crucial ally for the United States in addressing domestic food security and overall agricultural concerns; and,

BE IT FURTHER RESOLVED, that The National Hispanic Caucus of State Legislators supports promoting further agricultural cooperation between Israel and the United States as a way to strengthen the longstanding Israeli-American alliance; and,

BE IT FURTHER RESOLVED, that The National Hispanic Caucus of State Legislators understands that promoting Israeli-US agricultural entrepreneurship can particularly help Hispanic farmworkers and their families become agritech leaders; and,

BE IT FURTHER RESOLVED, that The National Hispanic Caucus of State Legislators calls on Congress to robustly allocate monies to the BARD Fund, with a view to, among other things, developing safer pesticides and improving agricultural entrepreneurship and innovation among US farmworkers; and,

BE IT FINALLY RESOLVED, that The National Hispanic Caucus of State Legislators calls on states and the federal government to contribute to any efforts to further develop and implement Israeli and US-Israeli agricultural practices and technologies that may aid in the health of our own agricultural industry.

[2] U.S. Global Change Research Program, National Climate Assessment: Southwest, pp. 463 (The assessment admits there are uncertainties but notes, at p. 483, that: “There is high confidence in the continued trend of declining snowpack and streamflow in parts of the Southwest given the evidence base and remaining uncertainties. For the impacts on water supply, there is high confidence that reduced surface water supply reliability will affect the region’s cities, agriculture, and ecosystems.” High confidence means that there is “Moderate evidence (several sources, some consistency, methods vary and/or documentation limited, etc.), medium consensus”), available at https://nca2014.globalchange.gov/report/regions/southwest.

[4]Silicon makes the desert bloom; Agritech in Israel The Economist, 2019, accessed at : https://www.economist.com/middle-east-and-africa/2019/01/12/how-silicon-makes-israels-desert-bloom

[7] Employment and Training Administration, The National Agricultural Workers Survey, p. 1 (US Dept. of Labor, Jan. 2018) (“Eighty-three percent of all farmworkers were Hispanic. Among U.S.-born workers, 35 percent were Hispanic.”), available at https://www.doleta.gov/naws/pages/research/docs/NAWS_Research_Report_13.pdf.

[8] Kibbutzim are collective communities in Israel that were traditionally based on agriculture. “In recent decades, some kibbutzim have been privatized and changes have been made in the communal lifestyle.” See https://en.wikipedia.org/wiki/Kibbutz.