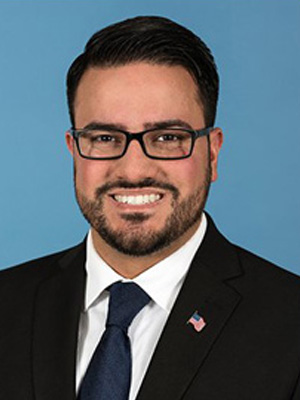 WHEREAS, Workers who regularly visit the doctor experience a higher level of morale, are more productive workers, achieve higher lifetime earnings, and prevent costly and dangerous emergency room visits; and,

WHEREAS, adults who work while they are ill are more likely to spread disease and delay medical care, harrowing their health and the health of those around them; and,

WHEREAS, the United States is the only industrialized country that does not have a national paid leave mandate for its workers;[1] and,

WHEREAS, the Family and Medical Leave Act (FMLA) only guarantees eligible employees who work for covered employers unpaid leave, as opposed to paid leave, for up to twelve work weeks in any given twelve-month period for certain family and medical reasons;[2] and,

WHEREAS, 54 percent of Hispanic workers and 38 percent of black workers have no access to paid sick days; and,

WHEREAS, workers for white-collar, professional industries have higher rates of access to paid family and medical leave, in contrast to blue collar workers;[6] and,

WHEREAS, 93 percent of low-wage workers (wage-earners that earn the bottom quarter of income) and 94 percent of part-time workers have no access to paid family and medical leave;[8] and,

WHEREAS, only 25 percent of Hispanics have any access to paid parental leave, making them the racial/ethnic group with the lowest accessibility rate;[10] and,

WHEREAS, 75 percent of Hispanics are either ineligible or unable to afford unpaid leave, which is the highest rate for any racial/ethnic group;[11] and,

WHEREAS, Hispanic and black women are more likely to lose their jobs after childbirth than their white counterparts;[12] and,

WHEREAS, working families in the United States lose at least $20.6 billion in wages yearly due to lack of access to paid medical and family leave;[13] and,

WHEREAS, California,[14] Oregon, Massachusetts, Washington, New York, New Jersey, Rhode Island, and the District of Columbia have all enacted family and medical leave to make up for the lack of federal legislation.[15]

WHEREAS, businesses are likely to actually save money from providing paid leave through increased worker retention, which reduces the costs that the company would have to pay to account for employee turnover;[16] and,

WHEREAS, small businesses would not be at a disadvantage because a government mandate could help alleviate the costs with taxes and level the playing field among all business sizes;[18] and,

THEREFORE, BE IT RESOLVED, that the National Hispanic Caucus of State Legislators recognizes the shortages of legislation that guarantees access to paid family and medical leave for employees working for all sectors of labor, especially for lower-income jobs; and,

BE IT FURTHER RESOLVED, that the National Hispanic Caucus of State Legislators urges state and local policymakers to take action towards implementing similar family and medical leave policies as the states outlined above and the District of Columbia; and,

BE IT FURTHER RESOLVED, that the National Hispanic Caucus of State Legislators calls for legislation that guarantees at least 40 hours of paid medical and family leave annually; and,

BE IT FURTHER RESOLVED, that the National Hispanic Caucus of State Legislators calls on federal, state, and local policymakers to enact legislation that prevents employers from retaliating from employees requesting and taking leave; and,

BE IT FINALLY RESOLVED, that, in the view of the situation and circumstances mentioned above, that the National Hispanic Caucus of State Legislators impels Congress and the President to enact federal legislation granting all workers paid medical and family leave.

[14] Immigrants are less likely to even be aware of their rights for paid family leave programs in addition to be exploited in various other ways in California, a state with a large Hispanic population. CLASP https://www.clasp.org/sites/default/files/publications/2018/12/2018_pfmliscriticalfor_0.pdf