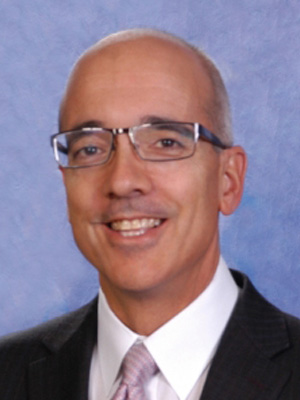 WHEREAS, the October 2018 report by the Intergovernmental Panel on Climate Change and the November 2018 4th National Climate Assessment report indicated the extreme threat posed to and the immediate need to act on climate change. The reports indicated that-

WHEREAS, the aforementioned reports indicate a critical need to keep global climate temperatures below 1.5 degrees Celsius above pre-industrialized levels to avoid the most adverse impacts of a changing climate, which will require; and,

WHEREAS, the term "Just Transition" is a framework for a fair shift to an economy that is ecologically sustainable, equitable, and just for all its members;[4] and,

WHEREAS, “Blue-green” alliances between labor unions and environmental justice groups have been implementing just strategies out of their necessity to phase out harmful industries impacting workers, health conditions, and the planet;[5] and,

WHEREAS, the United States has a history of social issues impacting a significant portion of its population including but not limited to—

WHEREAS, the effects of climate change have intensified systematic social, environmental, and economic injustices by disproportionately affecting indigenous peoples, communities of color, migrant communities, rural communities, the poor, low-income earners, women, the elderly, people with disabilities, and young people;[11] and,

WHEREAS, climate change is a global destabilizing force that threatens the stability and security of the United States; and,

WHEREAS, the United States is responsible for a disproportionate amount of greenhouse gas emissions and must take a leading role in reducing emissions through economic transformation.

WHEREAS, on a list of 20 countries that emitted the most carbon dioxide in 2015, the United States ranked second with 4997.50 million metric tons of carbon dioxide emissions.[13]

THEREFORE, BE IT RESOLVED, that the National Hispanic Caucus of State Legislators will build a broad coalition intent on elevating issues at the intersection of economic, social, and environmental justice; and,

BE IT FURTHER RESOLVED, that the National Hispanic Caucus of State Legislators will focus on retooling the nation’s economy with solutions that center on equity and justice; and,

BE IT FURTHER RESOLVED, that the National Hispanic Caucus of State Legislators recognizes the need to and continues its work to transform our energy grid and transition away from fossil fuels by 2030; and,

BE IT FURTHER RESOLVED, that the National Hispanic Caucus of State Legislators hereby endorses the following-

BE IT FURTHER RESOLVED, that the National Hispanic Caucus of State Legislators enact policies that prepare communities across America to mobilize if a climate emergency occurs; and,

BE IT FINALLY RESOLVED, that in light of the situation and dire circumstances mentioned above, the National Hispanic Caucus of State Legislators urges Congress and the President to recognize the duty of the Federal Government to combat global climate change.

THE NHCSL EXECUTIVE COMMITTEE UNANIMOUSLY AMENDED AND APPROVED THIS RESOLUTION ON AUGUST 3, 2019 AT ITS SUMMER MEETING IN SANTA FE, NM.

Refer to page 10 on understanding global warming of 1.5 degrees Celsius

Refer to section 1 in summary findings on communities

Refer to section B.5

Refer to “But since the 1970’s, declining unionization has fueling rising inequality and stalled economic progress for the broader American middle class”

Refer to the section under highlights titled Earnings